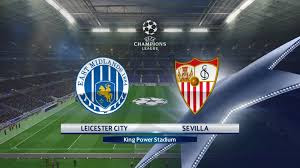 Day 8 and more shame for my favorite professional football league. So much shame, that it cost the coach, who less than 365 days ago was hoisting the biggest trophy that England has to offer, his job. Only on the scene a year where Leicester, Raneri was sacked earlier today for the inability to recreate the “Leicester magic”, that we as Premier League fans still cannot figure out. Was it the manager and his tactics? Or was it the players playing for their previous manager, who they didn’t understand being let go, because he inspired them to escape relegation just 2 years prior?

HAHAHAHA who cares? The fraud card has been pulled on them finally, and nobody is more excited about the epic collapse than me. 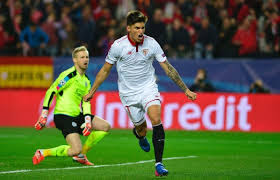 Leicester City entered the day against a dominant and exciting Sevilla team that was looking to have a great start to coast their way into the next round, and Leicester was happy to help in that regard. Sevilla got on the board early with a NAZ-T cross to an inviting header across goal and you could see the light start to leave Riyad Mahrez and the entire Leicester midfield. Then this happened… 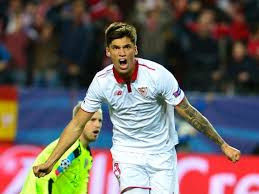 Sevilla opens up a counter attack in the midfield with a long ball from a random midfielder who can apparently fire shots down the field like a young Cesc Fabregas. The ball didn’t even hit the pitch and Steven Jovetic takes the ball down with top class head and chest touches, all while running between two defenders, with a third one on the way.

Here is where top class skill is separated from the rest. As Jovetic is toying with a Premier League champion back line, Joaquin Correa is creeping behind them finding open space, while the champion back line I just mentioned is going all “6’s and 7’s” and Jovetic smells blood in the water and decides to turn his back toward goal. In this moment, I feel like I’m Bradley Cooper in Limitless and I start to see what’s coming. As Correa finds space inside the box, Jovetic gives two more touches: One to to set up the defenders, and one to flick the ball toward Correa 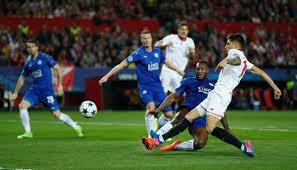 When Jovetic lays the ball off, you can see Wes Morgan finally see the chess move that was played against him, and tries with all his might to get to the ball….hilarious

At this point, all Correa has to do is run at a 45 degree angle toward the ball and line them up for the “Uptown Fade.” The ball bounces 2 times before Correa jogs up and toe pokes the ball with some force behind it to flash past the goalkeeper and Wes Morgan is  livid at this point. Casper Schmichael is pissed, the other two you can see the light being removed from their eyes. Game. Set. Match. Oh yeah Vardy got a garbage goal too

Too bad Sevilla is going through all this just to get a better spot to be in the Europa League final. Do they ever really get to the point where we’ll take them serious in the Champions League? No? Too bad Leicester is going to bounce back from the relegation scare in spite of Raneri. I was looking forward to them being sent back to the Championship after that bogus year last year.